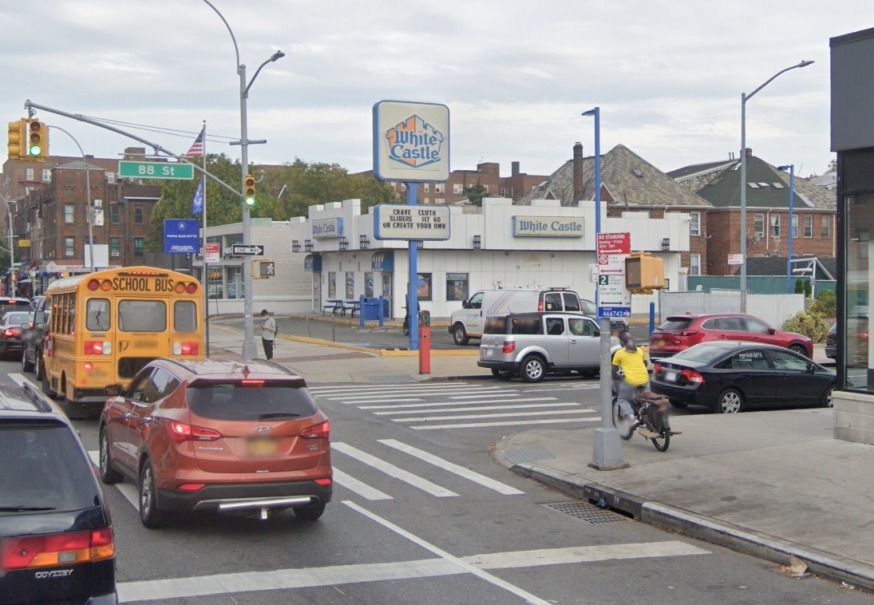 White Castle is closing its 88-08 Northern Blvd. restaurant on Jan. 26 after being in business at that location since 1935 (GMaps)

The burger chain White Castle will permanently close its Jackson Heights restaurant Wednesday after being in operation at that location since 1935, according to a company spokesperson.

“It was a tough decision to close,” said Jamie Richardson, vice president at White Castle, referring to the 88-08 Northern Blvd. site. “This restaurant served so many [people] for 86 years, 5 months and 25 days.”

Richardson said that the company has no plans to close any of the other restaurants in Queens and he said that business overall is doing well.

“We have a commitment to Queens that goes back to the 1930s and that is not changing,” Richardson said.

Richardson said that all the employees at the Jackson Heights location have been offered positions at other White Castle locations.

He said that some of White Castle’s upper management once worked there. He said that John Vogt, who is currently the chairperson of Sunnyside Shines Business Improvement District, got his start there in 1970 working behind the grill. He worked his way up and became a regional manager before retiring in recent years.

The future of the property, which is owned by White Castle, is not yet known. Richardson chose not to comment as to the company’s plans for the site.

The company closed its regional headquarters at 69-01 34th Ave. in 2014. The city bought the property and built PS 398Q: The Hector Figueroa School.

White Castle is a family-owned business that currently operates in 377 locations across 13 states. It has been credited as the world’s first fast-food hamburger chain, founded on Sept, 13, 1921.

The popular burger chain is best known for its small, square hamburgers referred to as sliders.